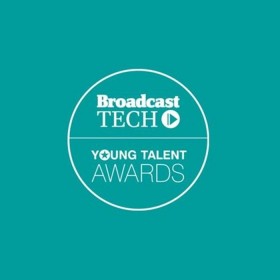 We are proud to announce that two members of our Bait Studio team – Giuliana Marenghi and Jay Murray – have been nominated for this year’s Broadcast TECH Young Talent Awards.

The awards recognise outstanding individuals under 30 working in technology and post production.  Both Giulianna and Jay have been nominated for the VFX category. The winners are to be announced at a special reception on Tuesday, November 26 at The Hospital Club in London.

Giuliana joined Bait Studio having previously worked on Abadas and Rastamouse.  In her role as Production Co-ordinator at Bait, Giuliana juggles many productions and sometimes co-ordinates more than 30 live projects at once – something which she does with diplomacy, a sense of humour and an unshakable focus on deadlines.

Jay joined Bait on a placement from his university course. A natural problem solver, our VFX team have been incredibly impressed by Jay’s talent, dedication and attention to detail. His work in both Nuke and After Effects is of a high standard and he takes real pride in the work he delivers.

We wish them both the best of luck at the awards.